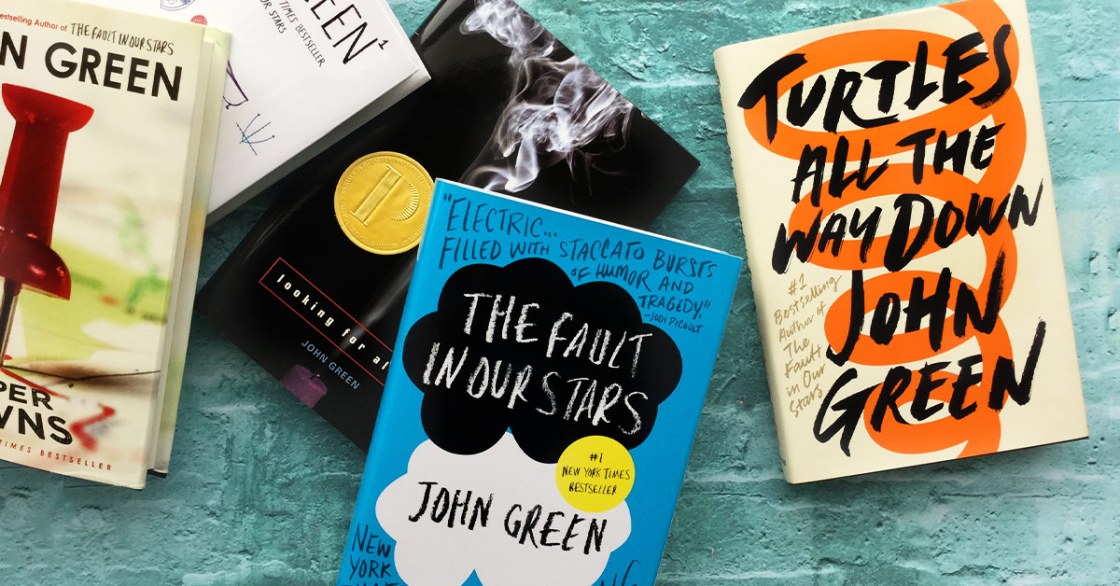 BOOK REVIEW: Turtles All The Way Down (No Spoilers)

A review by Tea Jay

I’m not easily impressed with a name like John Green. In fact, I had yet to be impressed with anything John Green at all when I picked this book as my Audible download this month. The only other Green media I had consumed was scrolling through Tumblr and laughing at The Shrek in our Swamp memes and a disappointing vacation read of Paper Towns. I’ll admit, I was enchanted with the writing style, but I couldn’t get into the characters. I felt as though every time there was any build up it would quickly plateau and any conflict arising would instantly be extinguished with resolve. For me, it fell flat, which was disappointing as we were staying in a hotel across the street from Sea World and reading of Margo’s attempted break-in should have exhilarated me being so close to proximity!

That being said, I wasn’t quite ready to give up on this Green brother. As an aspiring YA novelist, I can’t deny that John Green is a god of the genre and to reject his works is a little snobby. You don’t have to necessarily like someone’s work to appreciate their talents, right? That would be like saying Elton John is a trash musician because you find his songs a little campy. You can’t deny a legend in their own right.

I have a bad habit of not being able to really absorb a book unless it’s in the genre that I write. My mom suggested I tried reading something “happy” and out of my field, yet I can’t stop picking up mental health fiction. I’m passionate about mental health advocacy and find myself identifying with characters with similar symptoms (maybe a little too much, but that’s a story for a different day).

People have been telling me to read Turtles All The Way Down (TATWD) since its release. My readers were begging for a review and I never got around to it. Truth was, I was in a depression so deep that I couldn’t bring myself to read until (once) in 2018, and now continuing more frequently in this year. Reading used to be a quintessential piece of my identity and I neglected it for so long that I almost thought that part of me was lost. I’m happy to report that the spark, however, has been re-ignited and I’m finding myself dissociating less into the early hours of the morning and filling those hours up with a good book.

That being said, this review is a few years late.

I will start by saying I did actually enjoy this book, especially being narrated by Kate Rudd on Audible. I will admit to being once again mesmerized with Green’s prose. His capability of transforming words into enchanting, flowing sentences that you just want to read more and more of is just…in a word, astonishing. And I’m not saying that Green’s writing style is advanced or mind-shattering. But rather natural, poetic, and making the cogs in your mind start to turn with new questions and thoughts popping into your head. The man has a way with words.

While I was happy that the focus of the book was more on Aza (the protagonist) and her mental health, I felt it kind of odd for Green to introduce a brief relationship. It was a love story that was crucial to the story line, but it left me wanting more. Maybe that’s what Green was getting at; not all romances have to be pic to leave a lasting impression.

This did teach me a lesson as a writer: don’t neglect the introduced love story!

The spiral of Aza’s deteriorating mental health, her consumption into pure OCD thoughts, was non-stigmatizing yet so terrifying. I understood, not only because I have lived with a debilitating mental illness my whole life, but because John Green really took the time to explain her state of well-being, including a beautifully articulate passage on intrusive/invasive thoughts in the first few chapters.

While it is an easier to digest book being in the YA genre, I would recommend this to readers of all ages. Well, maybe my Tolkien-loving grandfather would be someone I would pass on recommending this book to, but for anyone looking to learn more about the way mental illness can creep into your life and leave you in ruin, or anyone who needs a little hope that there is a light at the end of the tunnel and some inspiration to keep going; this book is for you.

Overall: Not quite five stars, but it’s close enough it might as well be.

About the writer: Tea Jay is re-entering a love affair with books. After a hiatus of only picking up 2 books in the course of seven years, she is diving back into the world of literature and providing candid reviews of the novels she encounters. As a writer herself, she views reading as a form of studying for her next novel.